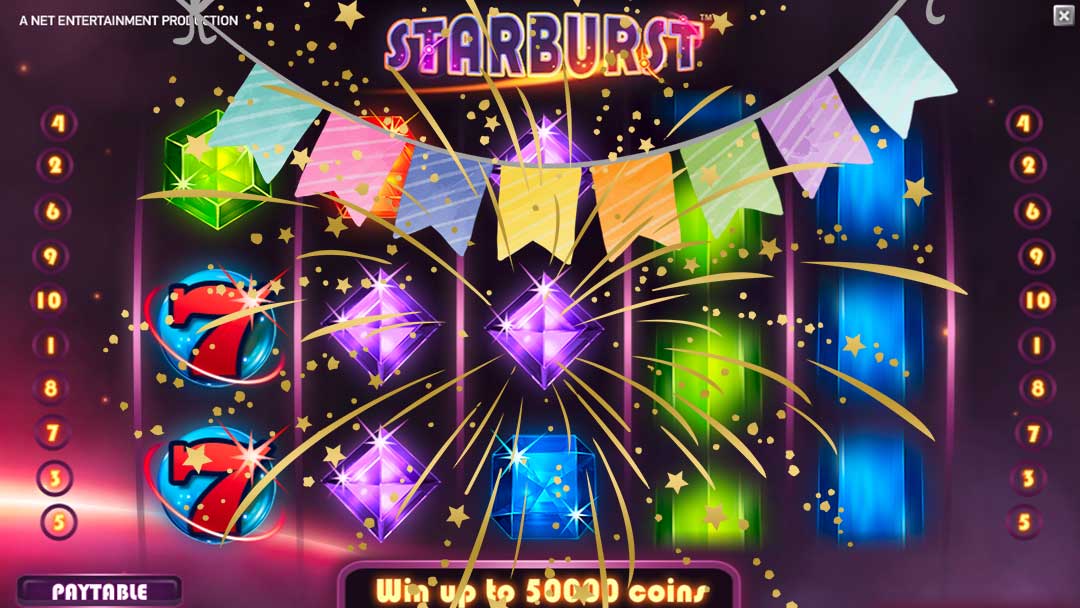 NetEnt is one of the giant game developers in the iGaming industry. The company is well-reputed for delivering games with exclusive features, unique themes, and lucrative payouts.

The company recently celebrated the 10th anniversary of its iconic Starburst slot. The fantastic thing about this slot is that it is still loved by people even after being in the market for a decade.

What attracts many slot lovers to this brilliant game are the starburst wilds, unique gems, and electrifying arcade-like sound effects. It has retro-style features but is tailored to deliver modern immersive gameplay. Moreover, this slot is played on a standard grid of 5 reels, 3 rows, and 10 fixed paylines. You can play the Starburst slot demo online without registration or depositing money.

Since its launch in 2012, the slot has had only one sequel - Starburst XXXtreme. This version combines the classic features of the original game with the latest features like the cranked-up variance that creates the potential for big rewards and an incredible experience.

The Starburst 10th anniversary party was marked in style. It was adorned with live music, excellent Starburst-themed photo booths, a state-of-the-art astronaut performance, and much to eat and drink. Additionally, a beautiful 3D mapped cake with shooting fireworks was baked in honor of this brilliant online slot.

The Chief Product Officer at Evolution, Todd Haushalter, had this to say about the anniversary:

“The event was an incredible way of celebrating Starburst’s 10th anniversary. A decade-long run for a single slot game is an incredible achievement, and it’s been a top favorite with players ever since it was first launched. From the looks of things, that’s going to keep going, and going, and going. Starburst™ is the full package – an exciting, classic game that entertains you right from the start. I can’t wait to see what the next decade brings.”

« A Lucky Player Banks $65,000 on BGaming Games
Wazdan Expands Its Portfolio With Its Entry Into Bulgaria »